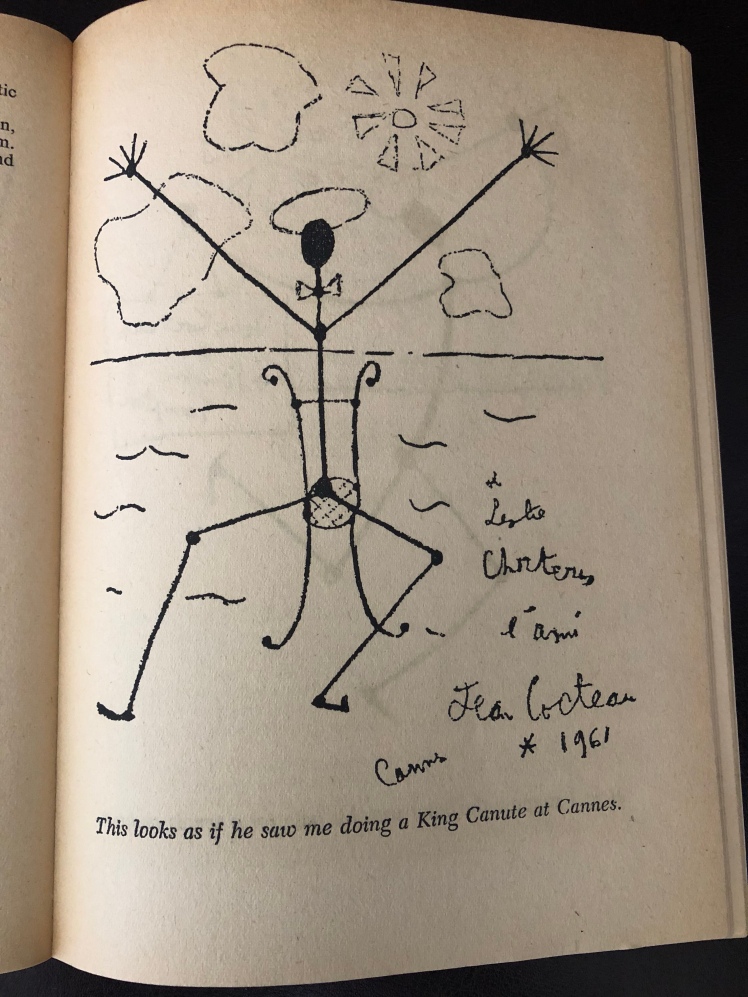 When two enthusiasms collide. Being both a fan of anything to do with the Saint and getting a tingly feeling whenever I see the word ‘Cocteau’ (even though my favourite band’s name wasn’t taken directly from the playwright, artist and filmmaker’s but that’s another story) I was thrilled to see them together in an edition of the Saint mystery magazine from 1963 that I bought recently.

It’s a great story too. Even Leslie Charteris thought he was being teased when told that Cocteau was a fan of Simon Templar but the fabulous and funny sketches were proof enough.

Perhaps neither of us should have been so surprised. I seem to remember Cocteau was supposed to be some part of the Holy Blood Holy Grail/Da Vinci Code conspiracy theory so perhaps it was only natural that he’d be drawn to another sort of Knight Templar. 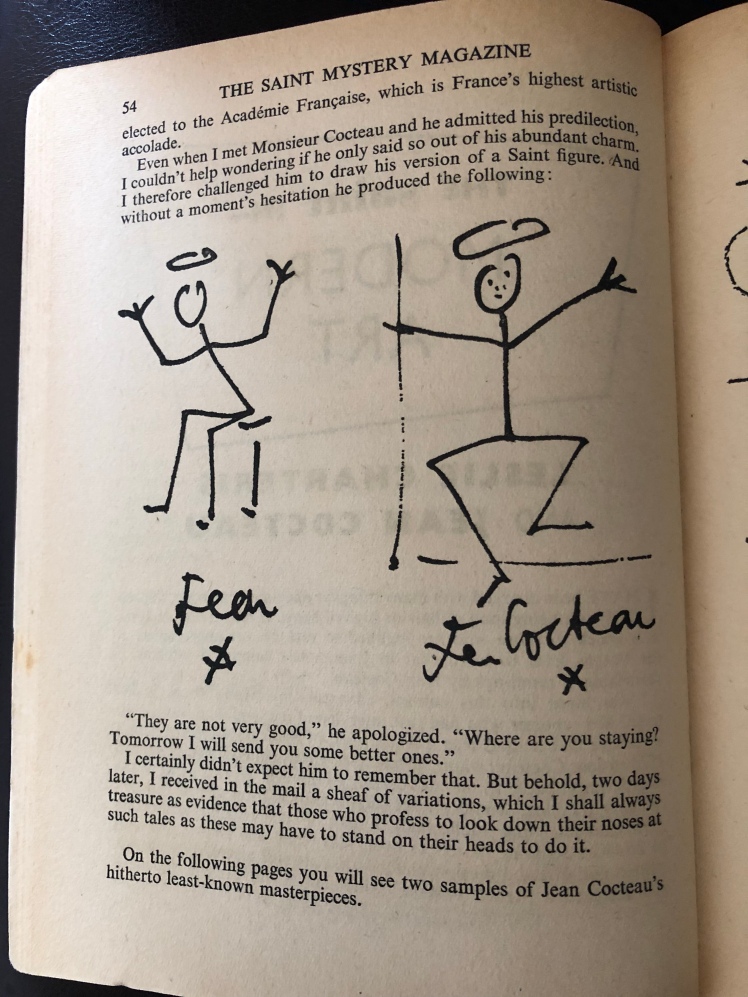