‘We always did prefer our iconic figures, injured…’ says Rai Merchant, the photographer-narrator of ‘The Ground Beneath her Feet’ and Rushdie certainly provides us with a pair of injured icons, Vina Apsara and Ormus Cama, the singer and guitarist/songwriter respectively of an improbably popular rock band.

If their story is the stuff of myth: all operatic love and grand gestures, it’s circled and, at times, smothered by an eddy of fractured, shifting stories and characters set in recognisable yet subtly-altered versions of India, England and America. These fractured lives bumping up against each other in ways that mostly damage and hurt are set in a world which is also breaking up through earthquakes and, in the novel’s sci-fi twist, the colliding of parallel worlds.

In spite of all the evidence that life is discontinuous, a valley of rifts, and that random chance plays a great part in our fates, we go on believing in the continuity if things, in causation and meaning. But we live on a broken mirror, and fresh cracks appear in its surface every day.

The only people who can see this broken reality are the outsiders, ‘the ones who step out of the frame’ and these are the injured icons whose stories we return to time and again.

And in the waking dreams our societies permit, in our myths, our arts, our songs, we celebrate the non-belongers, the different ones, the outlaws,the freaks.

But these mythic heroes, these gods are only exaggerated reflections of us and the broken reality we conspire to ignore:

Earthquakes, scientists say, are common phenomena…Stability is what’s rare. The abnormal, the operatic, the unnatural: these rule

This at least is the serious intent behind the novel, but in representing a fractured reality, Rushdie sometimes succeeds only in leaving the reader as lost and confused as the protagonists. If you like his verbal pyrotechnics, puns and name-changing jokes – and I do – he’s on top form with these in this book and they’ll carry you through the long stretches of circumlocution. If not, I imagine it would be quite a chore.

I’m as deeply unconvinced by his depiction of rock ‘n’ roll life, particularly the staging of gigs as I am about virtually every film or tv drama on the same subject. But he is spot-on when he talks about the importance of the voice in rock music:

…it’s always the voice; the beat catches your attention and the melody makes you remember but it’s the voice against which you’re defenceless, the unholy cantor, the profane muezzin, the siren call that knows it’s way directly to the rhythm center, the soul.

And in this maelstrom of myth and tall tales which aspire to significance, he comes close to setting out some universal truths.

Five mysteries hold the key to the unseen: the act of love, and the birth of a baby, and the contemplation of great art, and being in the presence of death or disaster, and hearing the human voice lifted in song. 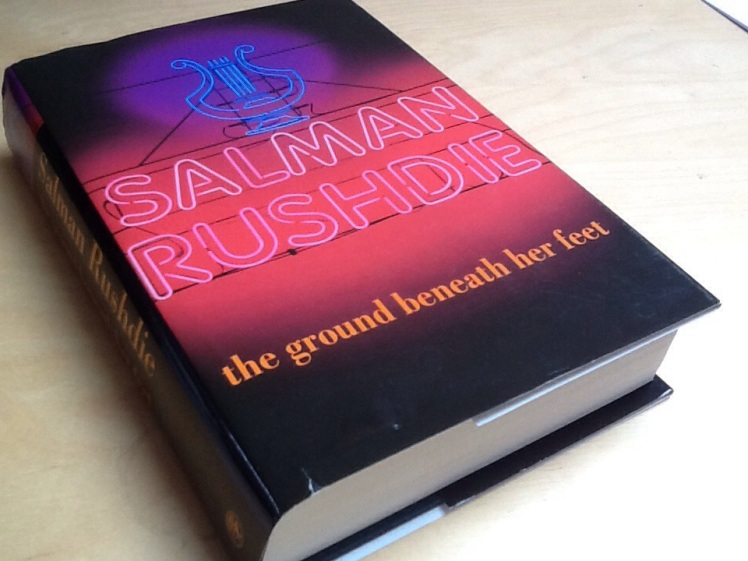