Following her success last year in obtaining a set list for Elizabeth Fraser’s Bath gig, Mrs M outdid herself when we went to see Leonard Cohen in Cardiff last week. It’s pretty much as performed apart from ‘Sisters of Mercy’ and I don’t think any of the alternatives listed on the bottom left featured at all.

The gig itself was all I could have hoped for after the incredible experience of seeing him in the same venue in 2008. In fact it felt as if we’d all just picked up where we left off five years ago: the band, barely changed apart from the addition of a fiddle player and the man himself still visibly enjoying every moment of a three hour-set.

It’s easy to forget amidst all the euphoria and the thousands of people that he’s reached this astonishing level of popularity without compromising with the mainstream at all: many of the songs are long and slow with lyrics that are often forbidding and complex. The ending of ‘Chelsea Hotel No. 2,’ for instance, is brutal: ‘I don’t even think of you that often.’

Incidentally the gig came exactly two years (allowing for time zone differences) after I’d paid my own pilgrimage to the Chelsea Hotel. Sadly I only made it in as far as the lobby before a large and intimidating man told me it was closed. This was just after it had been controversially sold. At least I got near. 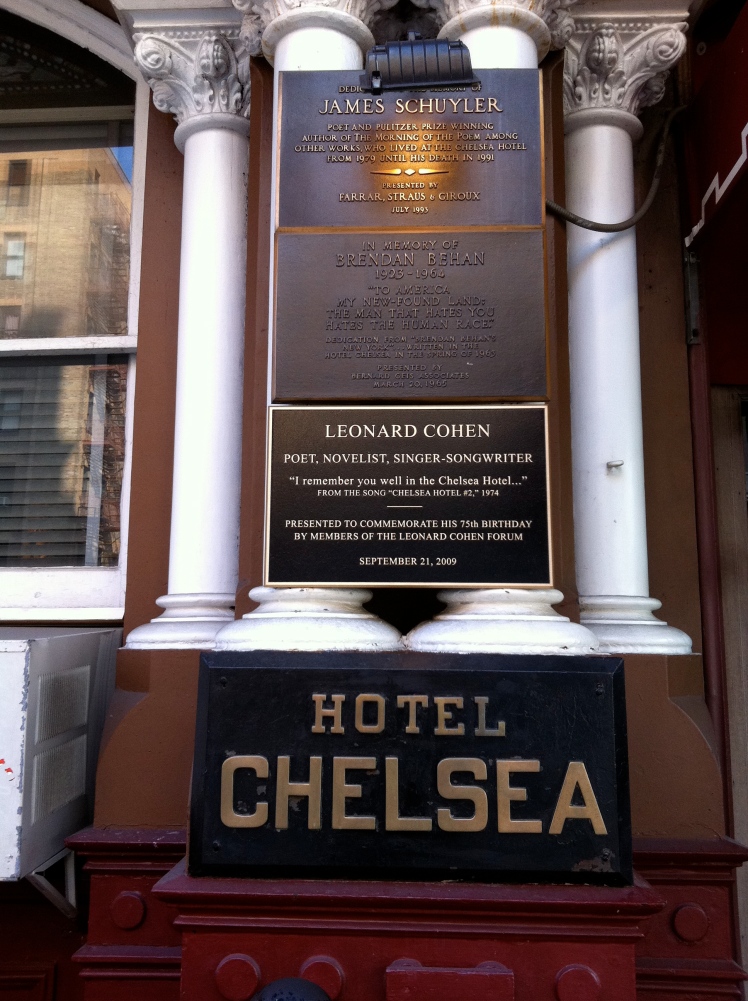