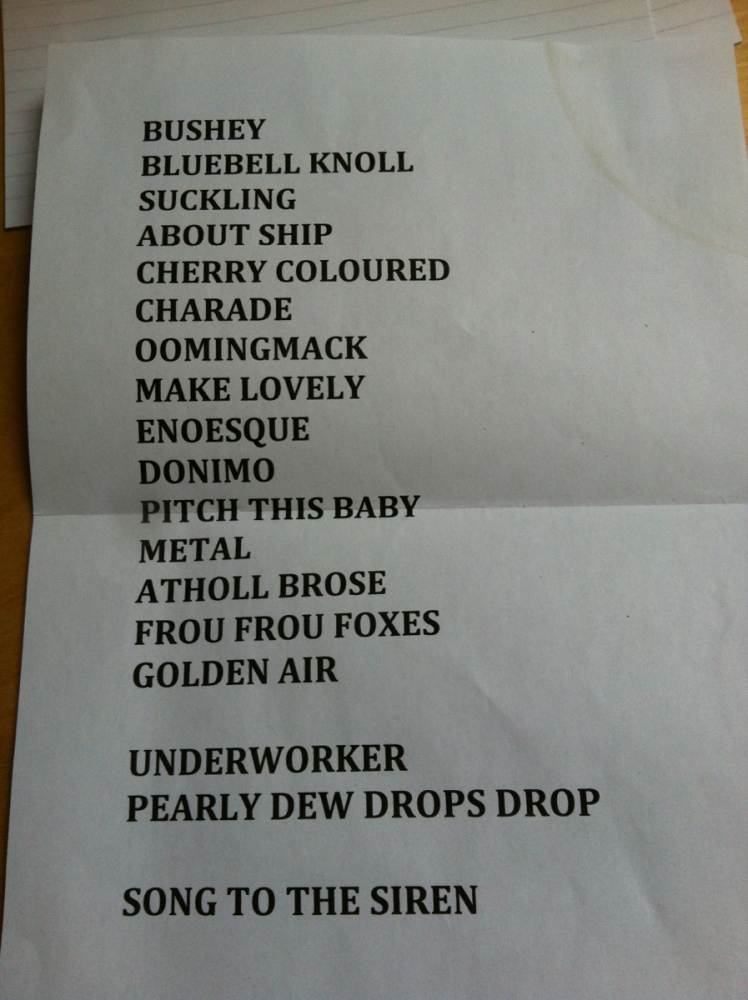 Nothing I’ve ever posted on twitter has ever been more retweeted than this! I thought it deserved a more permanent home.

It’s the set list from Elizabeth Fraser’s first ever solo gig at Bath Pavilion on 4th August 2012. However it’s exactly the same running order as for her two performances at Antony Hegarty’s Meltdown Festival at the Royal Festival Hall in London.

I can’t claim credit for seizing it though. That’s entirely down to Mrs M who sped to the front in a blur and charmed a roadie into handing it over.